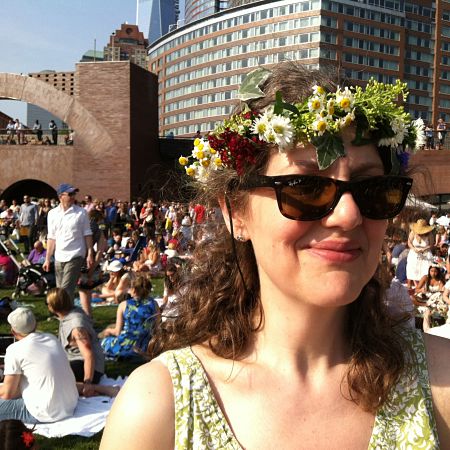 I’ll be celebrating half of my heritage later, frolicking among thousands of Swedes — and those who wish they were — in honor of the Summer Solstice.

Thanks to the Swedish Embassy, IKEA and others, I’ll be making my crown of wildflowers then frolicking in the out-of-doors at Robert Wagner Park (see last year’s photos here), and singing traditional drinking songs. Depending on how many verses of “Helon Gar!” — the lyrics of which roughly translate to “If you can’t take the whole shot, you can’t have half” — perhaps I’ll even dance like a a little froggie around a pagan, birch- and flower- covered phallic symbol, aka the Midsummer stock.

For a picnic with friends, I laid in some cheese and pickles and, of course, candy at Sockerbit in the West Village yesterday and right now I’m cooking up a salad with tender new potatoes (a traditional Midsummer ingredient) and dill. My Cookie Craft co-author Janice is bringing knackebrod and salmon goo in a tube (sort of the Swedish family spread equivalent of “Nutella”), pepparakakor and (also traditional) fresh strawberries. 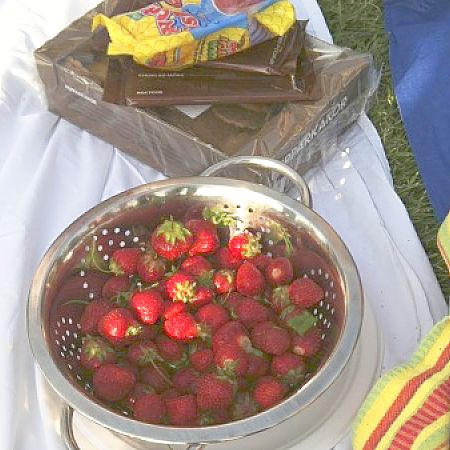 « “Can I send some bread home with you?”
Where did George Washington get his take-out? »