ON the southeast border of Yonkers is an enclave where the bars have names like Ned Devine’s Saloon and Fagan’s Ale House, where the Shamrock Gift Shop specializes in Waterford and where even the bagel shop and the Italian bakery sell Irish soda bread. There, tucked between a deli and a barber shop, is the Butcher’s Fancy, a purveyor of Irish food specialties that for the past nine years has provided the neighborhood with authentic tastes of the Emerald Isle.

While Americans of all ethnicities will be eating corned beef on St. Patrick’s Day, many of the Butcher’s Fancy’s customers opt for boiled bacon and cabbage, which Darina Allen, an Irish cooking expert, refers to as “without question, Ireland’s national dish.”

Article and Rob Bennett’s photo are copyright © The New York Times Company and appear for portfolio use only.

Unlike the smoked, fat-marbled strips most here know as bacon, the Irish version is a plug of brined pork, typically from the shoulder or leg of the pig. The shop’s proprietor, Oliver Charles, who hails from County Leitrim, cures his own ($4.99 a pound). When asked, he will provide simple instructions for boiling the bacon with the cabbage (along with a wee bit of his signature humor). The method results in meat that is tender and lightly salty, with a flavor reminiscent of ham. Rashers, thin slices of the pork loin ($6.99 a pound), are made with the same cure and are served pan-fried as part of a traditional Irish breakfast.

Pork sausages are another Irish breakfast staple. Though similar in size to supermarket freezer-case breakfast links, they have a finer texture and subtler flavor. To make his proprietary version, Mr. Charles, who honed his butchering skills in Manhattan at Ottomanelli Brothers butcher shop and Citarella gourmet market, combines pork and rusk meal (a type of fine bread crumb) and seasons the mixture with a special blend of 15 spices that he imports from Ireland.

The Butcher’s Fancy sells 800 to 1,000 pounds of sausages a week, supplying a number of restaurants as well as devoted customers. In addition to being sold uncooked ($4.99 a pound), they form the centerpiece of sausage rolls ($1.75 each), generously enrobed in flaky puff pastry to delicious effect.

Puff pastry also tops house-made savory pies — steak and mushroom, steak and kidney and chicken. The steak pie gravies are dark and deeply flavored; the chicken pot pie is full of large chunks of white meat. Shepherd’s pie, dense with ground beef (or lamb, by special request), is mildly spiced with onions and garlic, then slathered with a thick layer of mashed potatoes. All the pies are sold in hefty, single-serving foil tins ($4.75 each) and require 20 or so minutes in the oven to heat through. On a chilly evening, they’re especially satisfying.

For those who don’t want to cook at all, the Butcher’s Fancy serves down-to-earth prepared meals to go from a small steam table behind the counter. Eight dollars buys a generous dinner that includes a main course, a heap of rice or scallion-flecked mashed potatoes, a vegetable side dish (like a medley of broccoli, cauliflower and carrots) and gravy over whatever you would like. The selection of three entrees changes daily and ranges from lamb stew to stuffed pork chops to roast chicken (also available whole, for $7). On one visit, the choices were a rustic meat loaf, chicken Marsala or spaghetti Bolognese.

Hewing to tradition, some type of fish is always on the Friday menu and, in deference to their regulars, even the exotic-sounding dishes incorporate familiar tastes — for example, the base of the very mildly spiced chicken curry is a packaged sauce mix widely used in Ireland.

Imported Irish and British packaged goods of all kinds cram the leprechaun-size store. Shelves are lined with McCann’s Irish Oatmeal, Barry’s Irish Tea, all manner of McVittie’s and Jacob’s brands of biscuits — that is, crackers and cookies — and a prodigious pile of the addictive Tayto Cheese and Onion Flavour Crisps. Some items, like Irish butter and cheeses, are recognizable as versions of common foods here. Some are less familiar, like the frozen Irwin’s Potato Farls, small squares of flat potato bread that turn an Irish breakfast into an “Ulster Fry,” or Tommy Moloney’s white and black puddings (sausagelike mixtures made with pork or pork with pork blood, respectively).

While many shoppers come from the surrounding neighborhood and the nearby Woodlawn section of the Bronx, the Butcher’s Fancy has regulars from all over the metropolitan area and the shop has air-freighted special orders as far as Texas, Colorado and California. When a feed contamination issue in Ireland made pork products scarce there late last year, one patron even hand-carried the store’s bacon and sausage back home with him, at the request of his mother.

Not all the customers are Irish, however, and the Butcher’s Fancy offers a selection of meats to serve its ethnically diverse neighborhood — including house-made Italian sausage ($2.99 a pound). And for those raised on American St. Patrick’s Day traditions, for $4.99 a pound, there’s always the house-cured corned beef.

Feel free to spread the word: Share from this New York Times page.

« Cocktails on Deck: Scenic Overlooks for Sipping Drinks
Spirits (Liquid, Not Ghostly) for the Holidays » 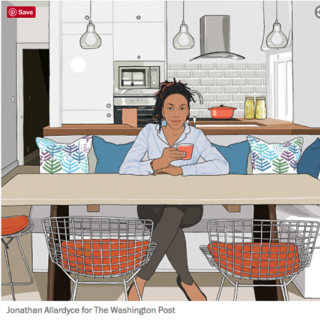 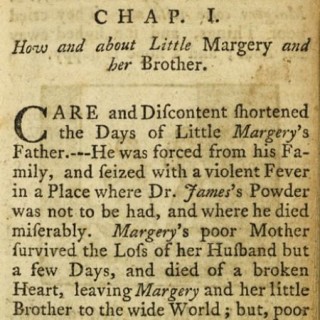 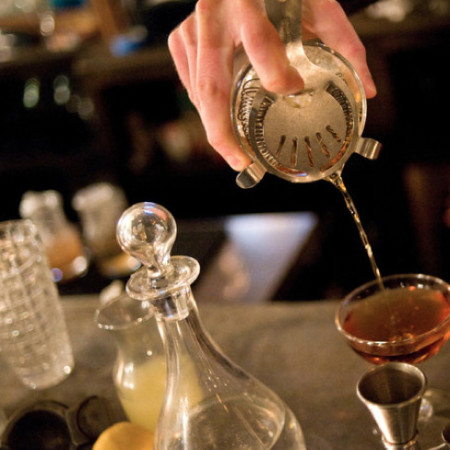 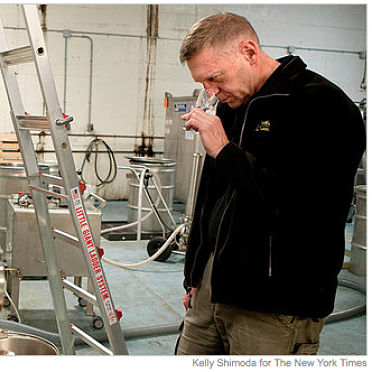 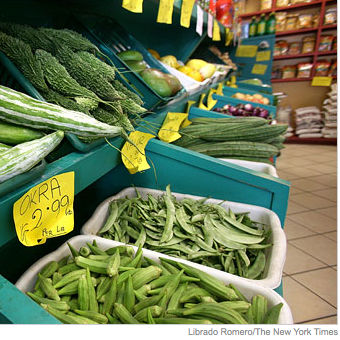