Run mad as often as you choose, but do not faint.“

I love mysteries/procedurals, true crime TV, humor — and protagonists who are underestimated by those around them. Until they break out of their comfort zones and, ultimately, get what they want. Ahem.

I’m the co-writer of the mockumentary short “Pretty Dead,” which was an Official Selection of the 2020 New York Women in Film & TV Online Film Fest, 2019 HBO Women in Comedy Festival/NBC shorts program and a total of a dozen fests.

A finalist for the CBS TV Writers Mentoring Program (with an original procedural pilot and a spec) and a semi-finalist for the WGAE Made in New York TV Writers Room Mentorship Program, my short film writing/directing and feature/TV scripts have also been recognized by the Sedona International Film Fest, the Austin Film Festival, Cinequest, the Big Apple Film Festival, and others.

I’m the author of the “entertainingly irreverent” (Associated Press) Peterson’s humor/cocktail books and the co-author of Cookie Craft baking books. On occasion, I write about book publishing and lifestyle topics for publications like the Washington Post, the New York Times, Brides, etc. My 9-to-5 background was in book publishing and strategic marketing, and for six years I was the contracted Book Publishing Expert for thebalancecareers.com.

I’m a proud graduate of Fordham University in da Bronx (B.A. English, Rose Hill campus) and I hold a film & TV directing certificate from NYU-SPS. Born and raised in Yonkers, NY, I now live in NYC.

I sometimes run mad, but I hardly ever faint. 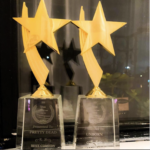 Such an honor to the team that Pretty Dead is a Best Comedy for the Uptown Women’s Film Festival and scored third place for Most Unique/Creativity/Fantasy award-winner in the New York Women in Film & TV 2020 Online Film Festival. If you’ve got 8 minutes for a (dark) chuckle, check it out. What started as…

END_OF_DOCUMENT_TOKEN_TO_BE_REPLACED

YoFiFest hosted a “Meet the Filmmakers” night, which was so much fun and — bonus! — Lohud News reporter Tiffany Cusaac-Smith interviewed several of us who had deep ties to Yonkers and graciously included Pretty Dead in her article. That’s me all the way on the right in the picture above … such a fun night and…

END_OF_DOCUMENT_TOKEN_TO_BE_REPLACED 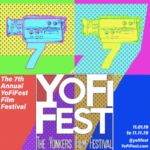 It’s been a great film fest run for Pretty Dead, the mockumentary short I co-wrote, but I’m especially thrilled that it’s an Official Selection of the Yonkers Film Festival! Of course, YoFiFest is in my hometown and I’ve been attending the fest for several years — it’s really a great time and informative for filmmakers. The…

END_OF_DOCUMENT_TOKEN_TO_BE_REPLACED 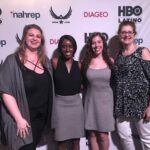 Rolling up the embarassment-of-riches festival screenings for Pretty Dead, beginning with its premiere at the HBO Women’s Comedy Festival, back in May. So wonderful to hear the audience reaction — grateful to have had the fluky chance to co-write and to be a part of this great filmmaking team. Nov 10 – Imagine This Women’s Film…